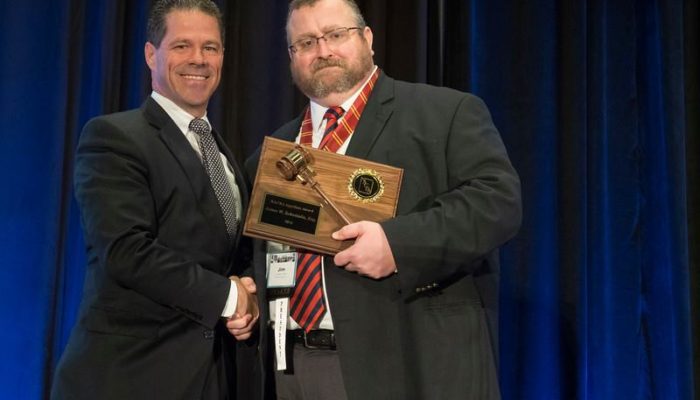 On May 5, 2017, James Schwitalla received the NACBA Appellate Award during the Keynote Luncheon at the 25th Annual Convention of the National Association of Consumer Bankruptcy Attorneys for his win in the Eleventh Circuit for Florida Dept of Revenue v. Gonzalez, 832 F. 3d 1251 (11th Cir. Fla. 2016).

The conference took place in Orlando at the Walt Disney World Dolphin Hotel.  The awards were presented by Matt Lewis, Senior Columnist for the Daily Beast and author of “Too Dumb to Fail.”

The Eleventh Circuit case is now pending certiorari to the U.S. Supreme Court this term. The case will be argued by Schwitalla if the case is granted certiorari.