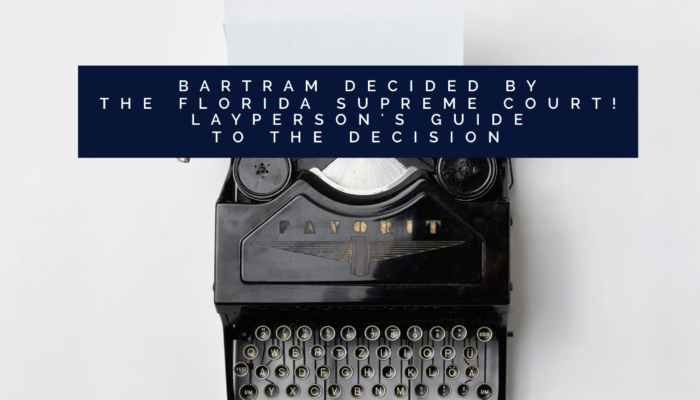 On November 3, 2016, the Florida Supreme Court released its Quiet Title decision in Bartram v. U.S. Bank, N.A.  The court affirmed the decision of the Fifth District Court of Appeals. In layman’s terms, the homeowners lost and the lenders won. The court held that the lender could sue based on new defaults that occurred even when the initial defaulted payments and acceleration were past the five-year statute of limitations.

This means that for a homeowner to win in a quiet title action the note would have to come due (reach its maturity date), then have five years pass in order to render all payments under the loan due and all barred by the statute of limitations. In this situation, the lender would be out of luck because the five-year statute of limitations will have run and there is no possibility for new defaults to restart the clock allowing a lender additional attempts to get the property back if the foreclosure was dismissed.

For a discussion on what a quiet title action is, see another previous blog post here: Quiet title

END_OF_DOCUMENT_TOKEN_TO_BE_REPLACED

A very important Statute of Limitations/Quiet Title Case is pending before the Florida Supreme Court.  For a discussion on what a statute of limitations is, see my previous blog post here: https://www.miamibankruptcy.net/blog/statute-of-limitations .  For a discussion on what a quiet title action is, see another previous blog post here: https://www.miamibankruptcy.net/blog/quiet-title .